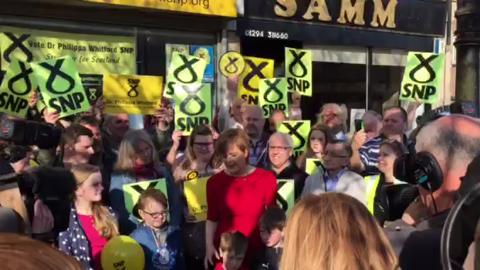 BOOZE BEFORE YOUS: Dundee SNP councillors refused to cut their own free booze allowance and instead axed a teaching post in a project that kept vulnerable young mothers in education

Colin Turbett reports Until earlier this year, I was involved as a UNISON activist in responding each year to my council employer’s budget proposals. In 2012, as elsewhere in Scotland, this changed as the SNP replaced a Labour administration—but in terms of budget proposals it was business as usual as SNP councillors delivered Tory cuts based on the austerity measures decided by the Westminster government.

The excuses offered were identical to Labour’s—a mix of ‘its not us it’s the Tories’, alongside ‘what’s wrong with efficiencies anyway?’.

When we argued that they could fight back by setting a ‘defiance’ or ‘needs’ budget—and accept the consequences, they laughed at us just as their Labour predecessors had.

Whilst this might have resonated pre-indyref with the promise of better things to come, events since September 2014 mean this is now wearing thin.

So what are the SNP like in practice in the councils where they have power? Since 2012 they have held control of sorts in nine out of 32 local authorities in Scotland—two with overall control (Dundee City and Angus), and the rest with either minority administrations or coalitions.

These coalitions include councillors from all and any party they could do a deal with—including East Ayrshire, Moray and Stirling where they run the councils with the Tories!

Nicola Sturgeon’s promise after the general election to take the ‘anti-austerity message to the heart of Westminster’ might mean more if local council representatives were not determining where the axe should fall at a local level.

This was covered up big style prior to the referendum as councils where the SNP had power, deferred difficult decisions until 2015 and 2016. There is no doubt that councils that are managed by highly paid chief executives to run like corporate businesses, have become smarter at camouflaging cuts—it is now more common to hear about ‘reviews’ and waste-saving ‘efficiencies’, than about closure of services and job losses.

In SNP-run North Ayrshire where I worked, this was dressed up as ‘change’ and staff cynically urged to tackle day-to-day frustrations at lack of resources with passion, focus and inspiration!

With £18million worth of cuts over a three year period, with the loss of 200 jobs on top of 800 already axed since the bank crisis began, this is hard to swallow for both users of services and staff in North Ayrshire—an area of hopelessness and despair that has missed out on George Osborne’s economic boom.

With little left to cut outside statutory services, the axe is falling on education to the most vulnerable children—speech therapy and support for additional needs for disabled youngsters.

Over in Dundee City where the SNP have overall control, the council have decided on cuts of £3.4million. Naturally the opposition parties had ideas for other savings but there was no anti-austerity message from anyone inside the council.

In a shameful February meeting, the SNP councillors turned down a proposal to cut their own hospitality (i.e. free booze) allowance, in favour of a cost saving measure that did away with a successful senior teaching post in a project responsible for keeping vulnerable young mothers in education.

Next door in Angus, the other SNP majority council voted in February for an immediate £5.6million worth of cuts (or in their language ‘savings’) which included the meals on wheels service to elderly people and a ‘review’ of the area’s youth justice team who work with young offenders.

They were last year reported to be considering how to save £19million on their budget over three years with the possible loss of 700 jobs. This is the real cost of Osborne and his Bullingdon boys’ austerity politics.

Whilst grand fiery speeches are made in Westminster by very well-meaning SNP MPs, back home their councillor colleagues are implementing punitive policies that are affecting lives of the poorest people in our communities.

As I explained in the last Voice, this should be no surprise as the SNP, who are not a socialist party, are trying to face both ways at once. They latched on to a vote winning anti-austerity message at the recent general election as this proved a good formula during the referendum campaign and marked them out from all the unionist parties.

However being anti-austerity also means being anti-capitalist and that the SNP most certainly are not.

Rising SNP star and ex-Tory businesswoman Tasmina Ahmed-Sheik MP, recently told Prospect magazine that her party’s policies were a ‘mix of pro-business ideas which would be traditionally thought of as centre or centre right with a strong sense of social responsibility’—the problem is that neoliberalism leaves no space for the latter, and that is the agenda the SNP are embracing whatever many of their members and left leaning MPs might wish.

1 Comment on SNP in power: anti-austerity or let’s not rock the boat?