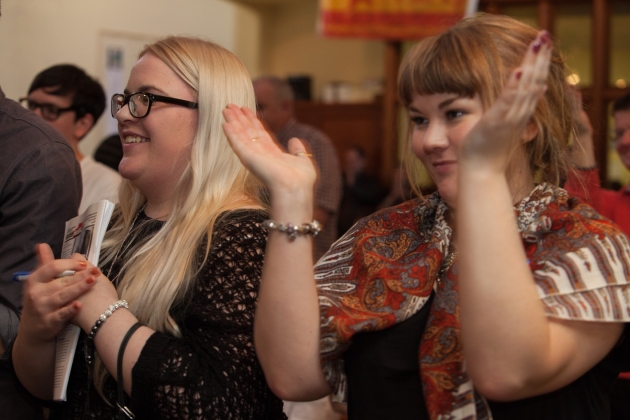 by Ken Ferguson Truly we live in brutal times both nationally and internationally, with leading accountants KPMG producing a report showing 5.2 million UK citizens being paid less than a living wage, war raging across the middle east and EU leaders announcing an end to rescue operations for drowning refugees fleeing the results.

The latter decision must be one of the starkest, inhumane and brutal illustrations of the moral bankruptcy of the supposedly all wise rule of the market. The idea that people faced with war, deprivation and terrorism are making a free choice to board death trap boats to flee to Europe in the belief that they will be rescued by the Italian navy and will stop doing so if rescue is withdrawn speaks volumes about the pitiless logic of neoliberalism.

It is this ideology which subordinates the real needs of human beings for food, shelter, peace and security to the demands of the “markets” for slashed services, ever growing profits for the few which currently calls the tune both in the UK and across the world.

And at its heart is the core reason for the much discussed but poorly understood chasm now yawning between politicians and an increasingly disaffected public. All across the mainstream political spectrum politicians have washed their hands of any attempt to tackle the power of big business to hike energy bills, sack workers, deal with the housing crisis and protect living standards and rely on symbolic “watchdogs”—largely toothless—to do the job.

The results of this is seen most dramatically in Scottish Labour which is now a wholly owned creature of the banks and fat cats with the red flag only brought out for special harmless occasions as needed. The resulting loss of support, already evident before the indy ref, has turned into a torrent as Labour lined up with the detested Tories to rubbish the optimistic, mass vision of a largely left wing alternative embraced by the Yes campaign.

All indy parties have grown as a result but the SNP staggeringly so and is now predicted to smash Labour’s once iron grip at the Westminster polls in May next year. Such predictions must of course be treated with a degree of caution both regarding the actual result and its political implications. The greatest strength of the Yes movement is just that—it is a movement and that is a gain which so far has not gone away.

The ferment of debate around a range of topics, the powers for Holyrood, democratising the media, jobs and justice, building on the work of groups such as Women for Independence and others, must continue. Perhaps the most important task now facing the thousands who backed the vision of the Yes movement is to strike a balance between the inevitable pressures of the electoral cycle on the one hand and the need to maintain the unity which was the key achievement of the referendum campaign.

There should be no misunderstanding that if the changes promised by the Westminster parties are to be first maximised and then put to use in the service of changing Scotland then this will need to the be work of a unified and diverse movement. It was in recognition of this that the recent Scottish Socialist Party conference agreed to explore both the idea of what has been labelled a “Yes alliance”of pro-indy parties SNP, Greens and SSP at the Westminster polls and build the best possible socialist challenge for Holyrood in 2016.

There is no contradiction for the SSP to both build on its stunning growth in membership since 18 September to strengthen its challenge while working with other forces on the progressive left to win real change. The referendum campaign gave a taste of the kind of policies and solutions that are possible in the work of building a real people before profit Scotland.

All around us the economic crisis impoverishes millions, war rages and stark warnings on the impending climate crisis grows demanding action both nationally and internationally and it presents a grave challenge to progressives to meet that challenge.