NATIONALISE NORTHLINK: regular readers of the Voice will be well aware of the RMT campaign to Nationalise NorthLink.

by Gordon Martin, Scottish Regional Organiser, RMT • Following several months of will-they-or-won’t-they, the SNP Scottish Government delivered the news on Thursday 24 May that they wouldn’t have the courage of their convictions.

Rather than bringing NorthLink Ferries into public ownership through David MacBrayne as the in house operator of Scotland’s ferry sector, Transport Minister Humza Yousaf MSP announced they would be putting the lifeline ferry services between the Scottish mainland and the Northern Isles out to a tendering process.

While this news is disappointing for RMT members and whole swathes of the citizens of the Northern Isles it is not really surprising, as the SNP becomes ever more cautious and timid in their lacklustre governance of Scotland and their tendency to be swayed by businesses and profit as opposed to people and the needs of the communities they live and work in.

For the best part of a year now RMT have been running a Nationalise NorthLink campaign in an attempt to pressurise the Government into listening to the demands of the workforce who deliver the service in often atrocious weather conditions and the island communities who depend on the NorthLink Ferries to transport people and goods to and from the Northern Isles.

As part of the campaign we held public meetings on Orkney and Shetland and invited the Transport Minister as well as other elected politicians to share a platform with RMT and listen to the views of the people who will be most affected by decisions made by the politicians.

Unfortunately the politicians failed to attend these meetings and the Transport Minister in particular seems more concerned with the opinion of the seafood industry over all others.

We will take the Minister up on his commitment to continue to consult with the Trades Unions and we will be demanding that TUPE plus protections are enshrined in the HR Strategy for the tendering process.

This will include demands on no job losses and no watering down of any terms and conditions including pension provisions.

We will also demand the current collective bargaining agreement we have with the existing operator, SERCO, is extended to cover groups of workers currently denied the protection collective agreements provide and will make the case for the outsourced cleaning and security staff to come under the RMT agreements with the employer.

The publicly owned CalMac Ferries pay an annual clawback sum of money to the Scottish Government which is based on the money it makes over the course of a year. This clawback is reinvested in the vessels and supporting infrastructure.

SERCO as the private operator on the Northern Isles Route doesn’t pay any clawback with surplus cash going into the stuffed pockets of their shareholders.

RMT policy remains in place and we will continue to make the positive arguments for bringing lifeline ferry services into public ownership as we believe this is in the best interests of the local communities, passengers and the workforce who deliver the service.

The Road Equivalent Tariff (RET) scheme is due to be rolled out to the Northern Isles in the coming months.

This follows on from the successful implementation on the CalMac routes and will bring forward heavily subsidised fares which reduces the cost to ferry users.

It remains to be seen what format this RET will be introduced in for the Northern Isles.

What is beyond question is the private sector thirst for profit shouldn’t be further exploited through the public purse by the failure to invest for the future.

Regular readers of the Voice will be well aware of the RMT campaign to Nationalise NorthLink.

Your support in the past has been unwavering and your continued support is greatly appreciated as we fight to end the madness of tendering lifeline ferry services and bring them into public ownership and control. 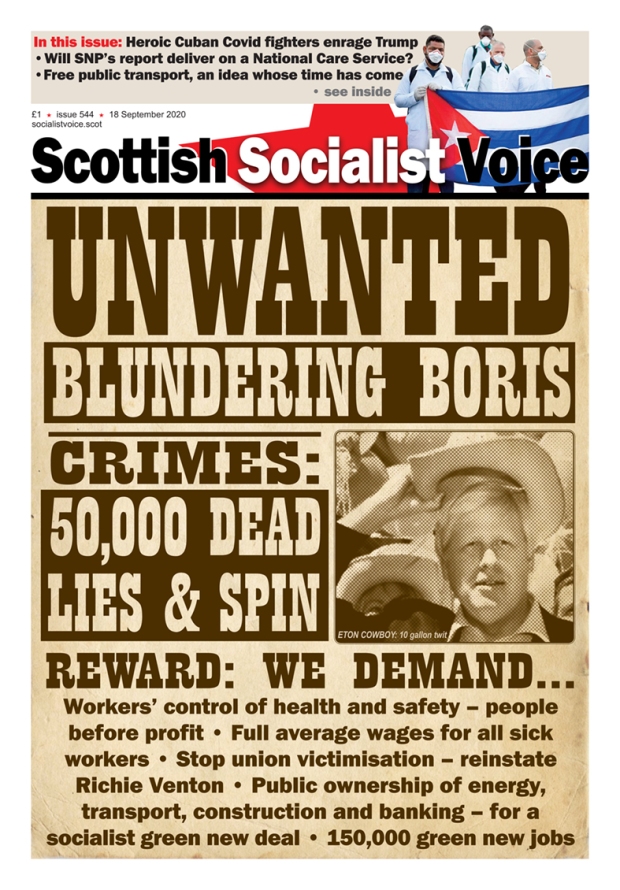