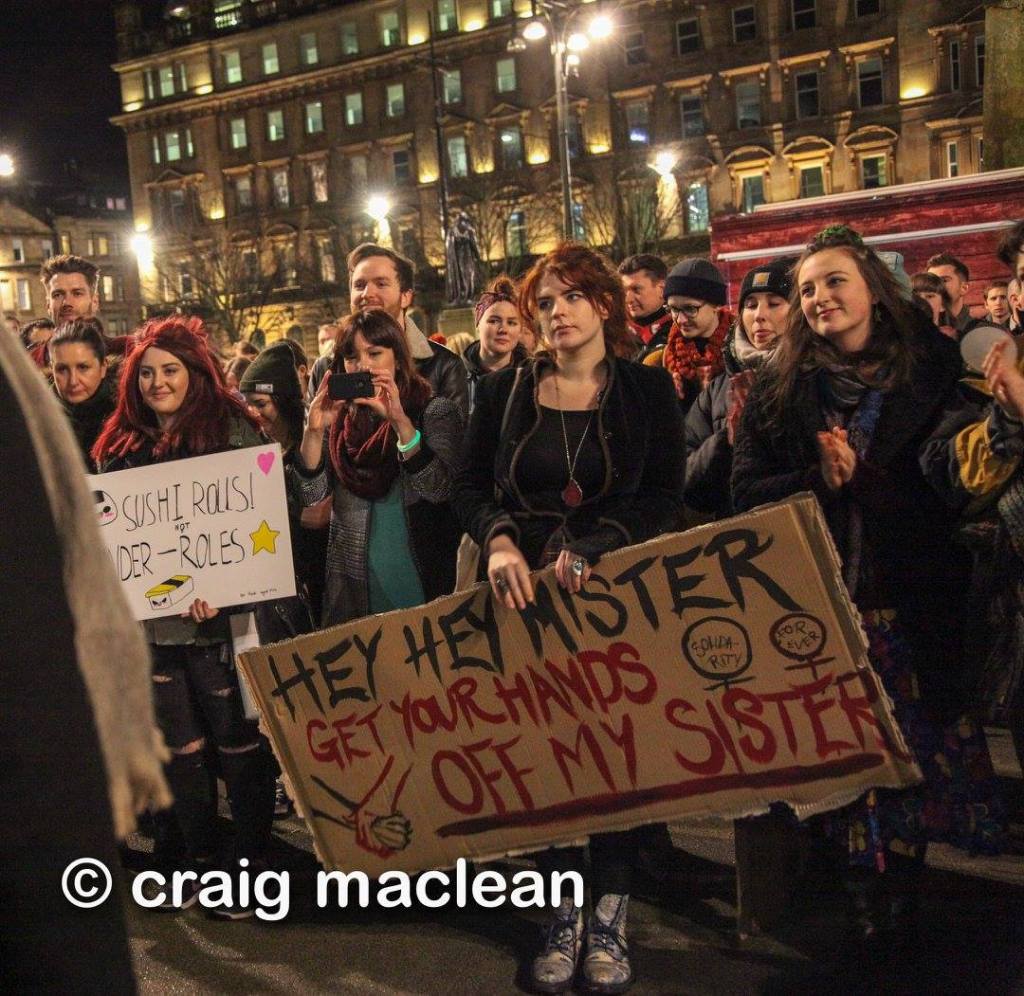 by Suki Sangha, RISE Glasgow candidate We’re trying to do things a little differently in RISE. We’re addressing issues which, far too often, have been deemed ‘distractions’ from the ‘real’ cause: we’re dealing with feminism and gender equality. A strong and successful movement of the left needs to ensure that women’s voices are represented at every level of the organisation, and within RISE, the increasingly are. Our Youth Network is led by Stella Rooney, a young activist who has been at the forefront of challenging exploitation in the workplace through the Better than Zero Campaign.

Mid Scotland and Fife is led by Jenni Gunn, a leading socialist campaigner and a powerful voice and advocate of women’s equality. Sarah Collins leads our South of Scotland Regional List, a Unison steward in East Ayrshire with a track record of trade union activism.

Julie Silapasith tops the women’s list in Central Scotland. An A&E nurse, Juile witnesses first hand the impact that austerity and cuts are having on the NHS.

Glasgow features the inspiring Pinar Aksu, a human rights activist and leading voice on championing the rights of refugees and asylum seekers, whilst Cat Boyd—a co-founder of the Radical Independence Campaign, author, columnist and prominent figure in Scottish politics—tops the list here.

There are many more inspiring women candidates and activists within RISE, representing a seismic shift in political organisation.

Far too often the men who shout the loudest and longest are promoted to top office. Not on our watch. Far too often, women have been talked down, talked over, and pushed to the back when they bring up issues around sexism and misogyny, and told that these simply aren’t priority issues, or that we should “go back to class and sort the rest later”.

But that just won’t cut it, and many of us in RISE, women and men alike, are well aware of this. Sexism and misogyny are not ‘distractions’ but reals problem that need to be addressed. The use of the words “male, pale and stale” are not an attack on our brothers in the movement, but should act as a siren, signalling the need to take action.

The fact is, the left is still dominated by those who have the privilege to agonise for hours over theoretical discussions, whilst the women being hit hardest by austerity measures in our communities do not get that chance.

Paying lip service to the idea of women’s equality is something we’re too used to. But within RISE, we are taking the practical and concrete steps towards women’s equality.

On formation, a Women’s Network was set up within RISE, allowing members and non-members alike the opportunity to self-organise in a women-only space. For women who have been damaged by misogyny on the organised left, this is crucial—we need to prove that we’re different, and that we are willing to practice inclusive politics and activism.

The Women’s Network is one of the most active element within RISE, organising a pro-choice rally in response to pro-life demonstrators at the Southern General Hospital in Glasgow later this month. And we set up a petition calling for the militant anti-feminist ‘pick-up artist’ Roosh V to be boycotted. It reached over 40,000 signatures in 24 hours, while hundreds attended a separate rally to show that misogyny has no place in Glasgow.

The Women’s Network—along with the huge array of talented, outspoken women within RISE—demonstrates how important it is for women to be front and centre.

Women are those being hit the hardest by austerity measures; women are expected to bear the brunt when care services are withdrawn, when public sector pay is frozen, when heating bills go up. That’s why it is so crucial that we have women front and centre of our movement, and that we take the lead from those who struggle most.

RISE isn’t perfect, that we know. We know that for real equality, real democracy and real representation, we need to work even harder. Feminism needs to be pushed even further into the heart of what we do. Feminism must become equal to socialism. We may just be getting there. 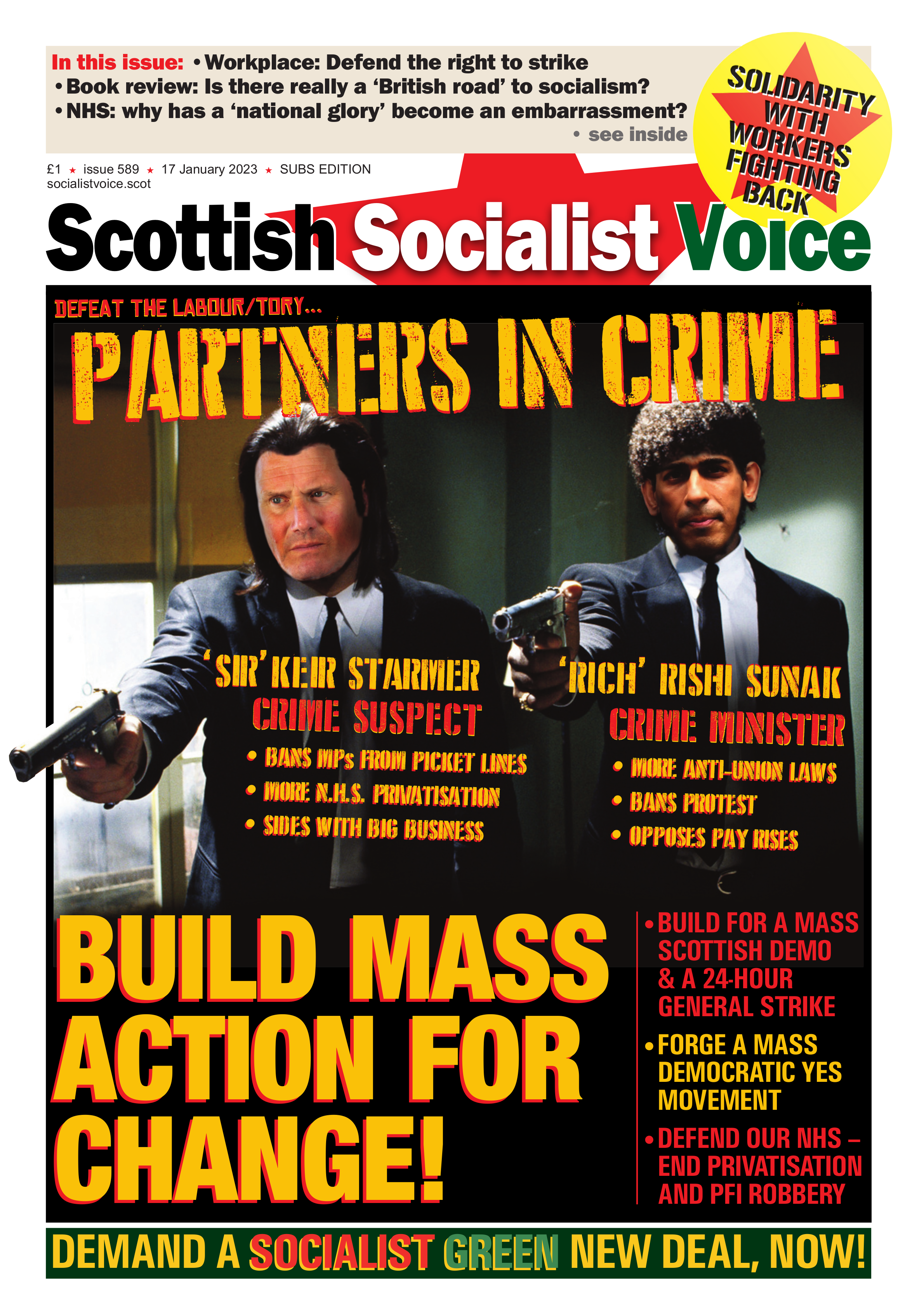