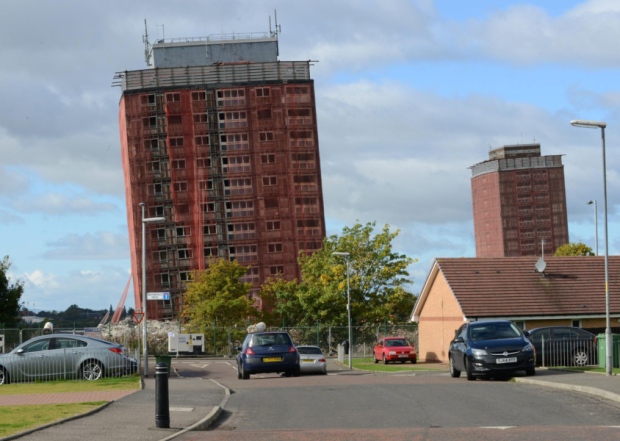 Public housing must be run in a more participatory, democratic and local way than it was in the past, with tenants having more control over, and freedom to personalise their homes

by Jack Ferguson Last year, Glasgow City Council and their partners announced the bizarre plan of demolishing Glasgow’s Red Road flats during the opening ceremony of the Commonwealth Games. It was meant as a celebration of the end of social housing, but was prevented by a storm of public protest. When the demolition finally did come, it was a spectacular botched job, which was a much better symbol of the failures of decades of Scottish housing policy.

Since the Thatcher years, publicly owned housing has been systematically sold off, given away and deliberately run down. We have been encouraged to think that council houses are inherently flawed communities, and should be kept to a minimal supply only for people who have failed in the “natural aspiration” to home ownership.

The by-product of this is that the failures of housing policy are somehow the fault of tenants. The people who have spent a lot of time and money perpetrating this view and making it seem like common sense in Britain are mostly those who have seen financial benefits from the process.

These include developers, land owners and speculators involved in destroying publicly owned homes and replacing them with homes as financial assets. Then there are the political leaders at local and national who have allowed them to do it.

In Glasgow, when the entire public housing stock was transferred from control by the elected council to the Glasgow Housing Association, it consisted of 81,000 homes. Today, almost half of these have been destroyed, with another 19,000 scheduled for sale or demolition.

Many felt that the Red Road flats, like the demolished Dundee multis and many other areas, had nothing inherently wrong with them that could not have been fixed with the necessary investment and refurbishment. This has not happened because authorities wanted everyone to see these places as unliveable.

But all over the world, high rise living in suitably heated and comfortable homes is considered highly desirable.

The serious social problems they experienced during their history had more to do with generation after generation of cuts and neglect, that left them without the staff and services needed to make them habitable, and with the wholesale destruction of working class livelihoods and hope for the future by government policy.

Social homes that have been destroyed often occupy prime sites which are freed up for private development.

Companies and councils love to trumpet their new developments, but these usually contain a tiny, token number of social homes to replace those that have been lost.

The rest are meant for private sale, and exist to make a profit, not meet need. Needless to say, quality and standards of such homes is often low.

The primary way this has been established has been through the way that housing need is calculated, according a mathematical model drawn up in 2003 by Heriot-Watt University.

The assumption underlying is that a household should not be eligible for social housing if it is possible for them to afford anything at all in the private sector, even if this would leave them with virtually no income left over.

In other words, social housing is only for the poorest of the poor, people affected by the most severe social and economic difficulties. On top of this, it argues that the backlog of people waiting for a home needs to be cleared at the low rate of 10 per cent per year.

In other words, it systematically underestimates the need for council housing, and even allows social landlords to claim that they have too many houses and should demolish some.

Meanwhile, people are pushed into mortgages or rents they can’t afford, or into homelessness. The recent strike by homelessness case workers at Glasgow City Council brought into sharp relief just by how much councils are failing to meet their legal duty to house people, and the extent to which the system is in crisis. It doesn’t have to be this way.

The peculiar British obsession with home ownership was deliberately fostered to create a certain kind of economy and society. Other countries in Europe still regard homes as places primarily for living rather than speculating financially.

Public housing schemes are truly mixed communities, with no stigma attached to them, available and used by people of all walks of life. Public housing should be, like universal health care and education, a universal public service available to all who want to use it.

To achieve this requires a re-balancing of the economy away from financialisation, and a vigorous emergency programme of building new homes publicly on a mass scale to meet the desperate need that currently is not even counted.

These must be prepared to endure the rigours of climate change with the latest green technology, which can virtually eliminate many heating costs. We need a housing policy that sees providing decent homes for all as its goal, with less of a focus on ownership and more on quality of life.

That means that public housing must be run in a more participatory, democratic and local way than it was in the past, with tenants having more control over, and freedom to personalise their homes.

Houses that have been bought under right to buy could be re-converted to public ownership with mortgage to rent schemes for owners. And radical land reform should allow space to be freed up to create communally owed housing co-operatives, a model that may well be suited to re-populating rural areas and reversing the clearances. 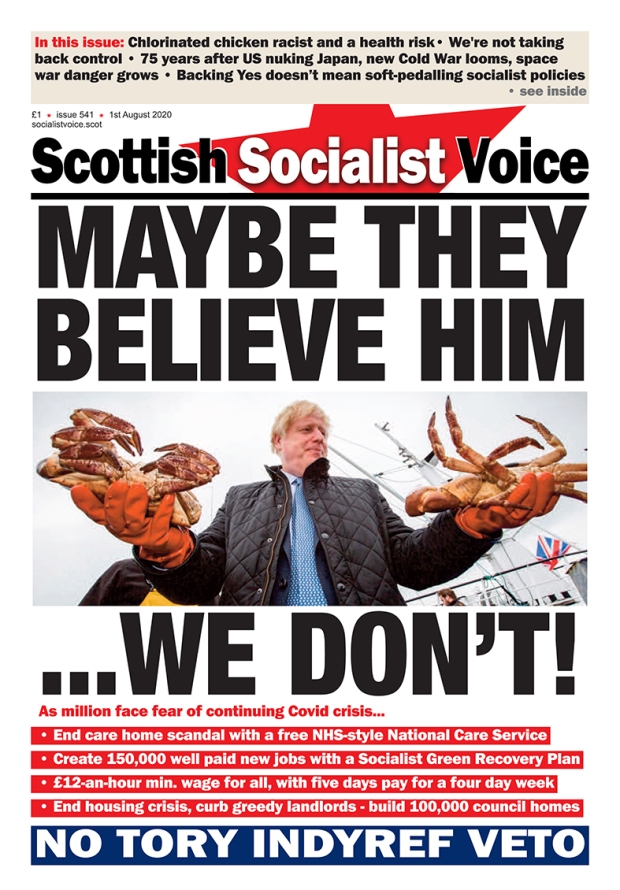