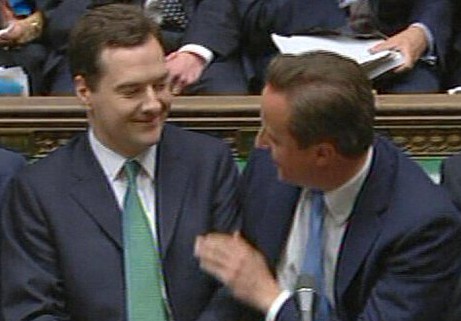 by Richie Venton, SSP national workplace organiser If you believe George Osborne, David Cameron and a chunk of the media, workers are back in the land of milk and honey. We’re told our wages are exceeding inflation for the first time since before the 2008 recession. Reality is a bit less rosy for those working to remain poor.

Real wages plummeted by £50 a week in 2014. For the first time since the 1920s, real wages are lower at the end of a government’s term of rule than when they seized office. And a special report by Ernst Young ITEM Club last month punctured the Tories’ celebratory balloons. Their chief economist, Martin Beck, wrote:

“Real wages have fallen by nearly 10 per cent since 2008, but workers will finally see more money in their pockets this year. However, this is not a normal recovery. The move towards later retirement and huge increase in the workforce has depressed real wages as workers have priced themselves into jobs. We don’t expect a return to boomtime wages any time soon.”

Try telling the 200,000 Scottish workers consigned to the pitiful pay and hellish uncertainty of life on Zero Hours Contracts that things are getting better!

In any case, any workers aspiring to be as well off as they were before 2008 severely lack ambition! This was already one of the most unequal states internationally, with some of the lowest pay, longest hours of work and shortest holidays in Europe.

But just in case we’re not all convinced to rush off to vote Tory by their claims of rising wages, the Tories hope to bribe the gullible as the general election looms. Osborne’s plans have leaked out: to raise the tax threshold “towards £11,000”, with bogus boasts that this will rescue the lowest paid. In fact it wouldn’t even touch many of the poorest people, because they’re paying no taxes right now, due to earning below the existing £10,000 tax threshold.

Nor will this minor tax threshold adjustment compensate public sector workers for the increased pension contributions they face next month—so they can work longer and get less in their pensions, if they aren’t forced to work ‘til they drop. Very few will be fooled by the Tories’ claims.

Anger at the way wages make up a shrinking slice of the national cake of wealth is turned into justified rage when you look at the incomes of the giant employers—and of those who decide the salaries of their chief executives.

A recent survey of the incomes and directorships held by what’s called the Remuneration Committees of the FTSE 100 top companies makes dangerous reading for anyone with high blood pressure! These bodies decide the pay of company executives. They consist of a narrow pool of directors of other companies, a cosseted elite who might as well be from another planet.

In stark contrast, workers eking out an existence on poverty pay have their very own ‘Remuneration Committee’—the Low Pay Commission, which annually recommends what levels of national minimum wage the government should introduce.

Their latest report shamelessly boasts of ‘inflation-busting increases’ for the minimum wage, claiming ‘the highest increase since 2007’—because they’ve recommended a 3 per cent rise on the over-21s rate…wait for it…to the princely sum of £6.70 an hour!

This Low Pay Commission has one distinct feature: none of its nine members has even the remotest idea what it’s like to live on low pay! It’s made up of employers, ‘independents’ and those allegedly from an ‘employee background’. One of the two claiming the latter role is John Hannett, general secretary of Usdaw, the biggest union in the retail sector, with 45,000 members in Scotland alone.

But those of us who are Usdaw members, working in retail on £6.50-£7.20 an hour in various firms, don’t seem to be our general secretary John Hannett’s first consideration; he and the UK leadership of Usdaw actually submitted a proposal to the Low Pay Commission for a £7 minimum wage from next October!

As reported in the Usdaw union magazine, our general secretary isn’t on £6.50 an hour, nor even the £10 an hour he voted for at the TUC conference; he’s on a salary of £94,514, plus NIC and pension contributions, plus a union car—in-work benefits totalling another £42,408! No wonder he’s not storming heaven to mobilise workers in retail and other low-paid jobs to demand a decent living wage.

Far from feeling that all is glorious and comfortable for millions of workers, people are not seeing the benefits of the much trumpeted recovery in the economy, are struggling to cope with the household bills—and desperately need to become part of a massive campaign for a living minimum wage. We need our own, genuine, ‘low pay commission’, a force made up of the low paid and their allies, organised and determined to demand decent wages.

The SSP is determined to be at the heart of such a struggle, and are proud to have common cause with the Bakers union (BFAWU) and others battling for £10 now for all workers. We appeal to the leaderships of all trades unions to take up the cudgels in pursuit of the £10 minimum wage which every one of them voted for at the 2014 annual conference of the seven-million member TUC. And we appeal to workers to join us in the fight for union rights in every workplace—as part of the struggle to banish poverty pay, Zero Hours Contracts and the disgusting inequality created by capitalist profiteering.