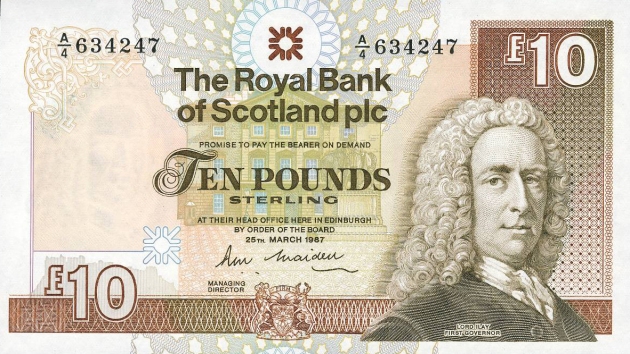 LIVING WAGE: the SSP and the British TUC want to see a national minimum wage of £10-an-hour

by Richie Venton, SSP national workplace organiser Poverty scars the face of Scotland. Poverty pay is at the heart of it. And the only thing more ugly than the national scandal of a million Scots struggling to survive on pitiful incomes is the fact there’s absolutely no excuse for it. We live in a fabulously rich country—officially the 14th richest economy on the planet. A nation with a super-abundance of energy resources; a net food exporter; a leading centre of life sciences, with several world class universities; one of the world’s financial centres; home to many advanced industries—and the priceless asset of a skilled, educated working class.

Scotland now ‘boasts’ its first billionaire, but is shamed by 220,000 kids living in poverty, a thousand food banks issuing handouts to the desperately hungry, and one in three households shivering their way through another winter because of fuel poverty—in a nation that has the potential to become the Saudi Arabia of green energy production!

On a global scale, a child dies of poverty every 3 seconds. That’s a devastating indictment of the system of capitalist economy we live under. A system where 65 multi-billionaires possess more wealth than half the global population.

A bit closer to home, the capitalist system of markets and profit means the richest five families in Britain have more combined wealth than the poorest 12.4 million people in the UK!

In the case of Scotland, the richest ten fat-cats have grabbed £13billion between them, just short of half the entire annual budget of the Scottish government. We live in a brutally class-divided society.

There are several sources of poverty in Scotland, all of them easily solved by a government with the vision, courage and political will to carry through sweeping change to the ownership of wealth.

Pensioner poverty needs to be eliminated by a decent level of state pension, in answer to the crime of older people being unable to heat and eat, after a lifetimes’ contribution to society.

Fuel poverty is not for lack of resources; it’s because the Big Six energy giants that dominate domestic supplies are ripping the profit out of us, jacking up prices to feed their greed for profit.

And the green energy sector is equally a source of obscene profit for big landowners granting us a corner of their landed estates for a few wind turbines—paid a fortune through ‘green taxes’ on our electricity bills.

Public ownership of all forms of energy, turning our natural resources into a public service, is at the heart of a solution—alongside public ownership of the construction industry, investment in free home insulation and the building of 100,000 new public sector homes for rent in the lifetime of a Scottish parliament, to the highest environmental standards.

The Westminster dictatorship are crucifying people on benefits, with even worse to come after their announcement of another £25billion cuts over the next two years. We need a serious, resolute campaign of resistance to this butchery, demanding a welfare and benefits system that protects people in need, instead of demonising the poorest, as part of their divide-and-rule strategy.

But underlying all these sources of poverty is the biggest of them all: poverty pay. An absolute majority of those below the breadline live in working households. Far from being a route out of poverty, having a job nowadays is one of the chief sources of being poor!

Over one in five workers (22 per cent) in Scotland earn less than the so-called Living Wage of £7.85-an-hour. That figure rises to 25 per cent of women, and rockets to 43 per cent of us who work part-time, and an appalling 72 per cent of workers aged 18-21.

The wage freeze in the public sector has meant zero pay increases for millions for several successive years. With rip-roaring real-life inflation on the daily essentials of food, fuel, rent and transport, this means an Ice Age of pay cuts.

On average, wages have fallen by £50-a-week for every worker since 2008, when the bankers were bailed out from the public purse to the tune of £1.3trillion. It’s publicly-funded bonuses for the banking executives, pay cuts and job losses for the rest of us (including bank workers!).

Back in the mid-1990s those of us who later founded the SSP fought for the introduction of a statutory national minimum wage to banish poverty pay. We welcomed its introduction in 1999.

But from day one, the Labour and subsequent Tory governments made sure the national minimum wage was at rock bottom level, and included an outrageous batch of exemptions and exclusions. In particular, the lower youth rates have blighted a generation of workers seen by employers as a source of even cheaper labour to boost their profit margins.

Instead of being the legal minimum, with higher rates for many workers negotiated by their trade unions in free collective bargaining, these basement level wages have increasingly become the norm.

The biggest concentrations of poverty pay are retail, hospitality and care services. So it’s not just a case of small, backstreet sweatshops ripping profit out of super-exploited workers. Huge armies of low-paid workers are producing £billions in profit for multinational giants—who are aided and abetted in their exploits by the government’s minimum wage legislation.

For example, in the pre-Xmas spending spree, retail workers are pounded into doing extra shifts—part-timers on flat money with no overtime premiums—to feed the tills of a handful of giant firms.

For instance, Tesco’s are driving through all manner of cuts to terms and conditions for their workers, whilst paying just above the minimum wage, but whinge about ‘only’ enjoying profits of around £1.4billion this year!

One of several devices used to maximise profits and minimise wages is Zero Hours Contracts. A brutal system of being at the beck and call of your employer, unsure of what hours, if any, you get next week; a recipe for mayhem in daily life.

They should be banned outright—not just amended or reformed as proposed by Labour in their weasel words about “ending exploitative Zero Hours Contracts”. Workers need guaranteed contracted hours, part-time or full time, and a decent hourly rate of pay.

The current minimum wages of £6.50, £5.13, £3.79 and £2.73 are a criminal guarantee of poverty for workers. And although the much-trumpeted Living Wage of £7.85 is a very welcome advance on these paltry incomes for the hundreds of thousands scraping by on them, it is not only still inadequately low, but fatally flawed by one simple fact: the Living Wage is entirely voluntary and not legally enforceable.

The Scottish Living Wage Campaign has helped cajole three times as many employers into becoming Accredited Living Wage Employers during 2014. But to highlight the problem of it not being a legally enforced minimum, that means it has merely risen from 23 to 60 companies in Scotland paying the Living Wage. Not a single one of them is in retail, one of the two big centres of poverty pay.

Since our formation in 1998, the SSP has campaigned for a legally enforced national minimum wage for all at 16, calculated on the formula of two-thirds median male earnings. In today’s figures that is a minimum wage of about £10-an-hour. That is also the figure unanimously agreed at the recent British Trades Union Congress.

Some might say it’s unrealistic. But nothing is realistic unless you’re prepared to fight for it! And it’s extremely modest compared to the cost of living. It’s modest compared to the fact that if even the (paltry) current minimum wage had kept pace with the rise in income for directors of the top 100 companies since 1999 it would now be £18.89-an-hour!

But should it apply to workers and apprentices from 16 upwards? Yes! When did you last see special discounts on the price of clothing, food, footwear or rents for the 16-21 year olds?! Abolition of the lower youth rates is a key part of banishing super-exploitation.

And of course it needs to be coupled to a crusade to unshackle the trade unions, by repealing all the anti-union laws. Free collective wage bargaining by workers’ unions is essential so that additional skills, responsibilities, anti-social hours of work and experience can be rewarded.

Right now we have the opposite, where it is mostly big, profit-hungry companies who are being subsidised by taxpayers to exploit their workers with poverty pay, through the likes of Working Tax Credits. We should turn this situation on its head, force big companies to dip into their profits to guarantee a living wage of £10 at least, and help smaller, socially useful businesses flourish with decent-paid jobs.

None of the mainstream political parties are willing to confront the national crime of poverty pay. The Tories and Lib Dems are opposed to national guaranteed minimum wages on principle.

Labour is trying to appease the working class who are deserting their New Tory agenda by promising an £8-an-hour minimum—but try to hide the fact they only aim at this by 2020, meaning it would barely sustain the current, pathetic £6.50 rate when you account for inflation.

The SNP say they support the Living Wage, which is very welcome, but also very limited as it’s entirely left to the whims and fancies of company bosses rather than enforceable by law.

And the SNP have belatedly joined the call by the SSP for minimum wage levels to be devolved from Westminster to Holyrood—but in the SNP’s case only so that its level “will rise by at least inflation”. Based on the bogus official inflation measures of today, that implies a pathetic 13 pence an hour rise on the current ‘adult’ minimum wage of £6.50!

The SSP is determined to make this issue the centrepiece of Scottish politics in 2015. We are demanding £10 now—not in 2020 or some distant date beyond that. The fact the TUC has voted “to campaign for a £10-per-hour minimum wage for all workers”—with not a single union delegate opposing it—adds powerful potential force behind this battle.

The SSP stands up for the working class. We are Scotland’s working class party. Join the SSP in the campaign for £10 now, to outlaw poverty pay and Zero Hours Contracts. We live in a fabulously rich nation, but one scarred by the twins of poverty and inequality.

We need to organise and demand a massive redistribution of wealth. The guarantee of secure jobs with at least a £10 hourly rate is a measure that would transform the lives of millions currently swimming in a sea of poverty and insecurity.