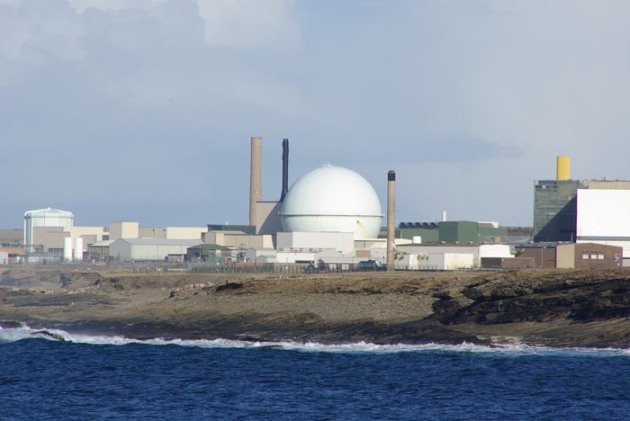 DOUNREAY: ‘exotic fuel’ is currently transported to Sellafield in Cumbria

by John Finnie MSP So, what will an independent Scotland do for Scotland’s precious environment? Launching the Scottish Government’s new paper 'Scotland’s Future and the Environment' with six weeks to go to the referendum, the Minister for Environment and Climate Change, Paul Wheelhouse was clear the gains would be:

“Enshrining environmental protection in a written constitution; Creating a nuclear-free nation; A fairer share of EU funding to target at environmental schemes; Direct representation in Europe, with the opportunity to drive the policy agenda and help Europe meet its own challenges and secure fairer funding to protect and enhance Scotland’s environment; A seat at the global top table to show international leadership in tackling climate change and championing climate justice”

So let’s examine those claims. There is no doubt that there is support to use a constitution to mark out the territory citizens wish respected by their government. Giving a welcome to the announcement, Friends of the Earth Scotland said: “A constitutional guarantee gives the highest possible legal status for protecting and enhancing the environment and acting on climate change.”

However, you need only look at the slick advertising of the polluting multi-nationals to see that they purport to place the same priority on ‘environmental protection’ as you or I. As has been said many times, the key to drafting a constitution is that it’s not left to the politicians. The energy and public engagement the independence debate has created must be harnessed for this important task.

Let us use meetings in our village halls, our community centres and our workplaces to write our constitution. Let’s not use Holyrood and certainly not tolerate any input from corporate headquarters, here or elsewhere. The nuclear-free goal must be taken to refer not only to the UK’s nuclear arsenal, stored 30 miles from Glasgow, but also nuclear power stations.

The UK Government’s direction of travel, away from renewable to subsidising French and Chinese Governments to provide nuclear power, adds to our challenges. We know that work has begun on a major overhaul of the nuclear power station at Hunterston in Ayrshire, extending the station’s working life by seven years. That means in 2023, both Scotland’s nuclear power stations, Hunterston and Torness, are due to be decommissioned. Let’s ensure they are not replaced!

The money spent upgrading Hunterston will create more jobs if we invest it in energy efficiency, insulating people’s homes, and in particular in renewables, and not create more nuclear waste, for which we have no solution. Of course, the perennial issue of Dounreay’s exotic fuel – ‘waste’ to you and I – and its transportation to Sellafield in Cumbria shows the obstacles in the way of achieving meaningful nuclear-free status. “EU funding” is an odd addition to the Government’s list and is directly linked with “direct representation” in Europe. The EU will welcome an independent Scotland.

The fact the UK sold Scotland short in negotiations is apparent for all to see, Scotland’s fishing fleet famously seen as being expendable. What’s needed is a revitalised inshore fishing fleet which enjoys the level of public subsidy that our farmers enjoy. I recently debated with a Tory farmer who, in relation to my challenge that those paying the penalty for the national debt incurred were not those who incurred it, continually referred to himself as a businessman – but without significant public subsidies his business would have gone bust a long time ago.

Finally, the Minister commends an independent Scotland having “A seat at the global top table to show international leadership in tackling climate change and championing climate justice.” Scotland is acknowledged as being the country which set the most ambitious climate change targets and, in so doing, in our own small way has been seen in many quarters as showing global leadership disproportionate to our size. It is of course fair to report that whilst the challenging targets are impressive, failure in the last two years to achieve those targets has been very unimpressive, not least given the further challenges ahead.

Only this week, under threat from rising sea levels and tsunamis, the authorities of a provincial capital in the Solomon Islands decided to relocate from a small island, less than two metres above sea-level. Global warming is a challenge for all of humanity and isn’t going away. That was a brief snap shot of environmental issues. Land ownership, who controls what and in whose interest, is another unresolved issue. Energy is the key to our future and an independent Scotland must prioritise people ahead of profit and that will be done by facilitating more public and community ownership.

So, yes an independent Scotland will be good for our environment, however, we need a change of attitude from the endless quest for ‘growth’ which too often means maximise profits at the expense of the workforce and their environment.