by Tam Brotherston, UCS veteran and former John Brown’s shop steward Before presenting my point of view as a veteran of the Upper Clyde Shipbuilders struggle let me make clear that I make no claims to any leadership role in that titanic struggle. I was simply a young shop steward, married with two children and determined to defend the right to work in an industry that was central to the community I belonged to.

When the Tory government tried to close the yards we refused to accept their class driven dogmatic decision which had nothing to do with our commercial situation as the infamous ‘Ridley document’ written two years earlier showed. This outlined how the yards would be “butchered up” and the assets distributed amongst the Tories friends. So we didn’t strike, we didn’t sit in, we held a work-in. We took control of the yards of John Browns (Clydebank), Alexander Stevens (Linthouse), Barclay Curles (Scotstoun) and Fairfields (Govan).

We continued to work on the ships we had on order. As workers were made redundant they continued to report for work and were paid from a fighting fund. That fighting fund drew support from workers all over the world, Ukrainian miners, Norwegian shipbuilding workers, poorly paid women working in the garment industry, Liverpool dockers, even John and Yoko Lennon.

It needs to be remembered that this attack took place at a time when there was closure after closure up and down the country. We defeated that government because we represented the hopes of British working people and when they joined with us we were unbeatable. There was also an international dimension to this struggle. The suffering we were enduring in Britain was shared by workers all over the world. Our victory was their victory. But that was a battle, we hadn’t won the war. Fast forward through the Thatcher years. British ruling circles rejected manufacturing as a way of earning a dishonest buck. Financial spivery offered much greater returns. Even the election of Labour governments offered no respite. It soon became clear why Mrs Thatcher boasted that her proudest achievement was the creation of New Labour.

The programme she had begun of chaining the unions, destroying the base of British industry, attacking the advances made by working people over centuries of struggle all continued in an unbroken line regardless of which party was elected to government. No more Tweedle Dum Tweedle Dee only a continuous programme of theft by government of the assets owned by the people of Britain and gifted to friends of the Tories.

It is against this background that the independence debate needs to be set. In particular the claim that only a No vote can save shipbuilding on the Clyde is absolutely preposterous. To place the future of shipbuilding into the hands of those who see Britain’s future in financial services would be criminal lunacy. Scottish shipbuilding needs a broader base than that of building warships. No industry can survive that has one product and one customer. Shipbuilding needs to be surrounded by the opportunities provided by a burgeoning renewable energy industry an expanding oil industry, a navy that we currently pay for but don’t have to protect our fishing and oil industries. That is without even talking about our own government building and servicing our large fleet of ageing ferries.

Only a Yes vote can place shipbuilding in the hands of the people who care most about it, the people of Scotland. People all over the globe are resisting the drive by big business to roll back the gains of working people. They know that austerity is driven by big business. To vote Yes is to oppose austerity. To vote Yes is to play our part in the global struggle of working people. Just as in the UCS our victory will be their victory. 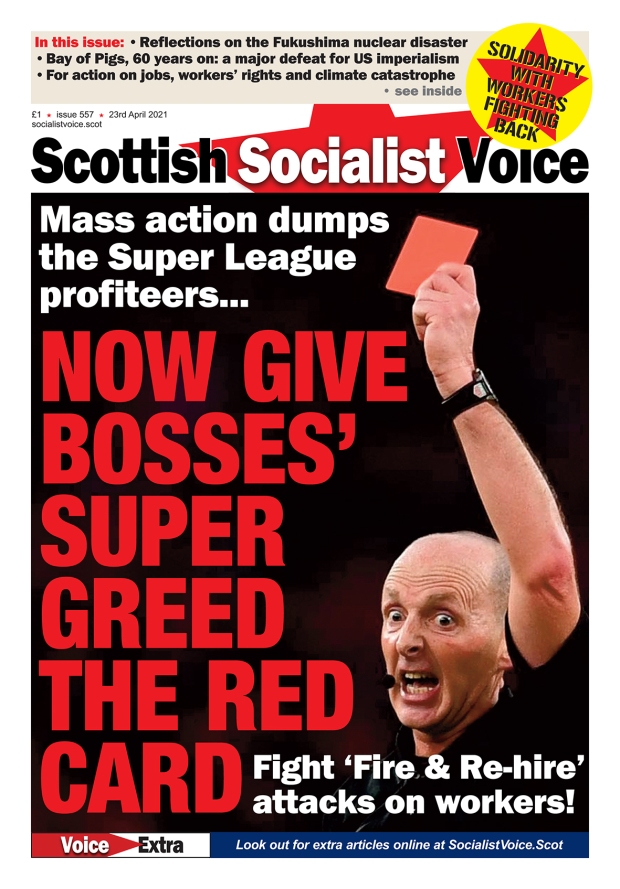